I made this stocking for Jimmy in 1997,
the Christmas before we were married in February 1998. 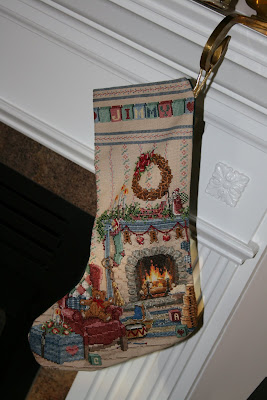 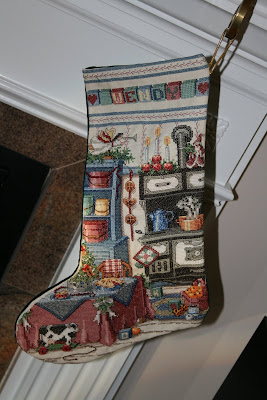 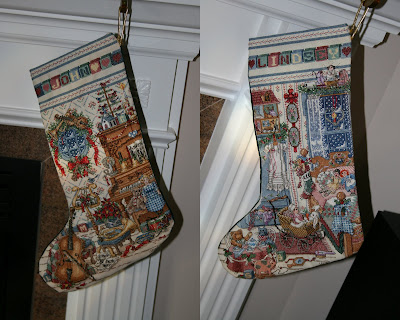 I finally made mine in 2005. The problem now is, I haven't x-stitched since then. Wendy married Lukas in 2005, and I have not made his stocking yet. Now I have one grandson and another on the way. Something tells me I really need to make 3 stockings in 2009. 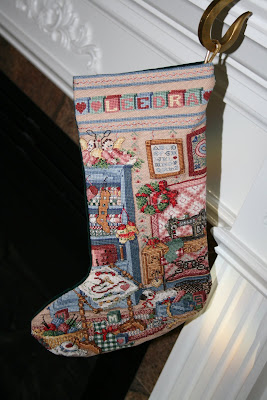 If you have not noticed, all the stockings have the same 'wallpaper' style on the walls of their room. When I made Jimmy's I did not know there was a complete book on these stockings. If I had this would not have been the stocking for Jimmy. There actually is a stocking for the woodworking man, that would have been the one for Jimmy. Wendy's is the little homemaker, baking and such. John's is all about music. Lindsey's is the girlie girl room. Mine is the sewing room. These all suit us and are made 'to order'. There are not that many more to the book, so I am going to do the grand children's differently. That is if I ever get started on stitching again. At least this year we are having Christmas as John and Lindsey's so they won't see Lukas still does not have a stocking.


Merry Christmas to all!